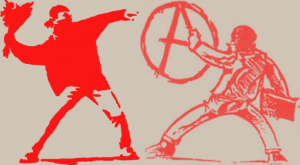 A group citizens gathered in Recife-PE, Brazil, decided to constitute themselves as a collective to reflect and to act in response to the constant violation of their rights and liberties, individual and collective, as well as the constant fall of well-being and the lack of future prospects that most workers, students, unemployed and other citizens face.

Facing the generalized crisis of capitalism, and after the death of the “popular democracy” model, that was no more than another form of capitalism to survive anchored in the ideology of the allmighty state, one must find again alternatives that, by the way, were always in the practices and theory of the more interventive sectors of social and labourers movements around the world.

We need to go back and put under discussion issues about power and power relations; the State; the salarymen; the class struggle; Reframe ecology in the global human species context and not in terms of an external environment. Debate violence and pacifism. Notice how one can go from a totalitarian society, where political and economic power act as a function of profit and not of the joint human necessities, to a society based on the use and expasion of the current technological capabilities in a way to mind the gap between the rich and the poor, the bountiful and the starved, the ones with consumer goods and the excluded, the ones who hold power ad those who are totally without influence.

We need to thing and notice that what are the so called hapiness and comfort indexes and how, each human being, as such being, can and should participate in the “symposium of life”, that today millions of human beings, by birth, are marginalized.

We also want to notice in detail de society we integrate into. We think we have many words to say about the local context, outside the conflicts of partisan politics, where the nature of the interests in play is always the same and brings little change. We leave this reality to know and feel ourselves as citizens of the world, cosmopolitans, and want to bring new experiences, new ideas, new ways of dreaming, to the spaces we inhabit. We aren’t resigned to the menu of pre-made ideas, ready to consume, to the partisan “self-service gas station”. Faithful to the old maxim of the older International Workingmen’s Association – IWA (Associação Internacional dos Trabalhadores – AIT) that worker emancipation will be a result of worker actions or it won’t be, we consider that all, organized and intervenient, have words to say in the direction of our life and in the rupture with social apathy. That is our target and we will hit it. Pro-life worth living. And no to the survival imposed by capitalim, in all its forms, offers us.

Considering all this, we promise to not stay put and tear new windows in the wide plains of ideas and practices, and we invite who agrees with and is solidary to this manifesto to join your voice to our chorus. 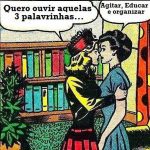 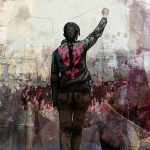